How to deal with stupid people 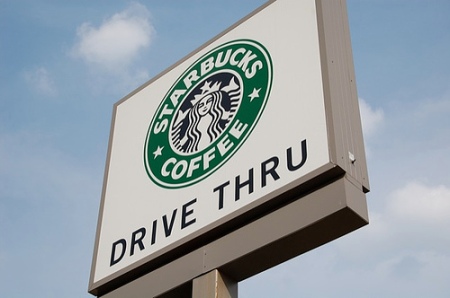 I got an email the other day from Haley, who made a salient point about how other people’s non-green idiocy can lead to major anxiety:

“It is becoming harder and harder to be around those who are completely ignorant of the world’s needs. I am wondering if you could post some stress-relieving tips for those of us who have to deal with our mother-in-law, friends and crazy co-workers who continually destroy everything we greener people do on a daily basis … I would also like to know if it is even humanly possible to convert my mother-in-law (or rather anyone) from her eco-destroying ways. It is like watching someone kick a puppy. She likes to do two loads of laundry a day in hot water even if it is a few towels and shirts, hand wash her dishes and then put them in the dish washer, buy paper towels in single rolls, and worst of all, keep her house at 68 even when she leaves the country for two weeks. Any advice?”

Yeesh. I can definitely sympathize, Haley. I’ve found myself nearly yelling at friends of mine when they put banana peels in the garbage instead of the compost, I frequently reprimand co-workers whenever they use Styrofoam containers in the cafeteria or buy a can of Diet Coke at lunch (although, i’ll be honest, the nagging has proven somewhat successful — one guy now uses ceramic plates and the other drinks tea and water instead of Coke), and when I opened the fridge at my parents’ house recently to find a case of over-packaged mini Evian water bottles, I practically had to shove a fistful of Ativan in my mouth.

It’s hard to know what to do in these cases. If we’re too overbearing, we run the risk of sounding like preachy, holier-than-thou environmentalists. If we don’t say anything, we’re implicitly condoning these acts of disregard. Even if we try the gentle, “You know… ” approach, it still manages to come out with a condescending air. Using pop-psychology terms here, I have to say I prefer the carrot over the stick — positive encouragement over negative reinforcement — because there’s less chance people will compost if they feel it’s a chore, and a greater chance they’ll do it if it’s seen as a way to minimize garbage and fertilize the garden.

Nonetheless, there are some folks out there who just seem like a lost cause. When I was buying some coffee recently, for instance, a guy saw me searching along the shelves and said,

So I replied, “Well, yeah, they all taste similar, but I’m looking for the Fair-Trade brand.”

And what does he say?

“Ugh, please, you don’t actually believe in that, do you?”

At this point, I could have gotten into a lengthy debate about the merits of Fair-Trade coffee, however it was obvious this would’ve required at least two hours of dialogue, preferably accompanied by secondary reading material and signed testimonials from Venezuelan coffee growers.

It just wasn’t worth it.

But is this really an excuse? Should I at least have said something more than, “Well, yes, I do believe in it”? And what do we do about all these weirdos who don’t believe in global warming and can’t understand why Styrofoam takeout containers are evil? Anyone got advice?

This entry was posted on Sunday, August 17th, 2008 at 8:33 pm and is filed under 1. You can follow any responses to this entry through the RSS 2.0 feed. Both comments and pings are currently closed.

42 Responses to How to deal with stupid people