As many of you know, my lovely boyfriend bought me a Meyer lemon tree for Christmas last year. I just thought I’d update you on how he’s doing (the tree, not the boyfriend), now that it’s sunny and lovely outside. 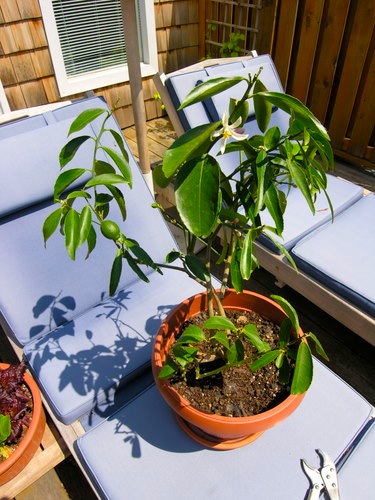 In a word: Not much has changed. We moved him into a bigger pot, threw some organic fertilizer on top of the soil and are now putting him outside whenever it’s sunny and warm (he doesn’t like much water or temperatures below 10 degrees Celsius). He’s got about five flowers blossoming, as well as three or four lemons, one of which is pretty big: 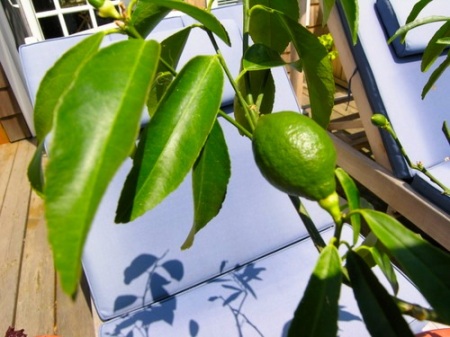 But he’s not growing much. I think this is maybe because all of his energy is being directed into the lemons rather than creating new branches and leaves. Am I right? And is this a good thing or bad thing? Should I be pruning or picking off the buds?

Also, there’s a bit of a mould problem — his soil is looking mighty furry: 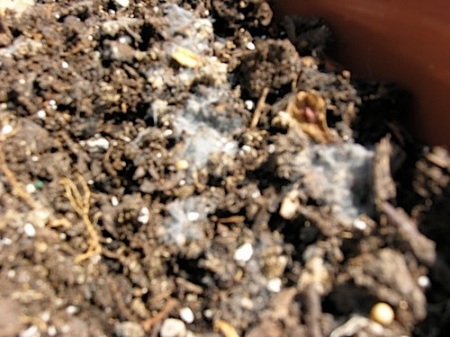 Is this due to over-watering? A bug infestation? What am I doing wrong?!

Sigh… gardening can be stressful. I can’t imagine actually having children to look after! Anyway, my other plants seem to be thriving, which is a good sign. I’ve got a shallow ceramic bowl of lettuce, which I’ve learned LOVES lots of water (it was totally wilted and dying until a big thunderstorm revived it overnight): 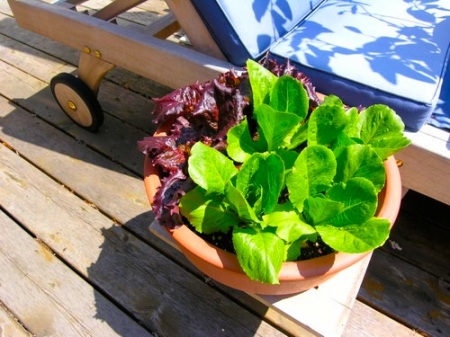 Then there’s my organic tomato plant, given to me by my editor and his wife as a congrats present for Sleeping Naked is Green: 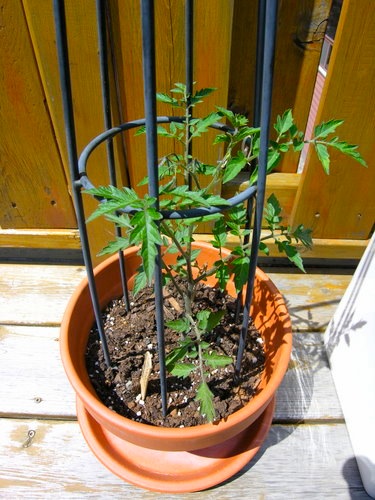 Some spring onions, which Jacob wanted: 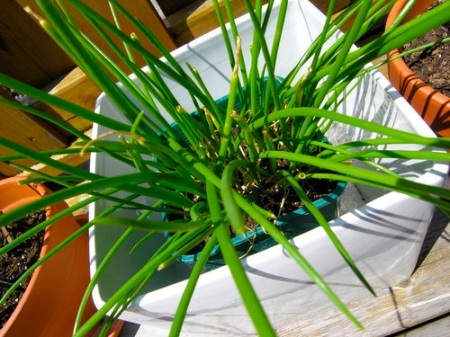 And finally, a wee blueberry bush (if you can call it that, which I don’t think you really can at this point). It might not produce anything edible until about three decades from now, but at least it’s still alive! Oh, and that’s a little Cosmos flower sprouting beside it. 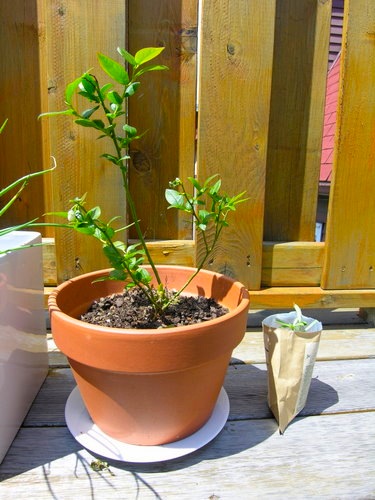 That’s about it for my rooftop gardening experiment… in my actual garden down below I have some lavender, chives and a bucket full of herbs that my mom gave me. What do you have growing? Any disasters? Any lessons learned?

This entry was posted on Friday, June 12th, 2009 at 7:21 pm and is filed under 1. You can follow any responses to this entry through the RSS 2.0 feed. Both comments and pings are currently closed.

19 Responses to Gardening highs and woes…