Copenhagen diary entries: Monday and Tuesday; also, Thistle is going off the air! 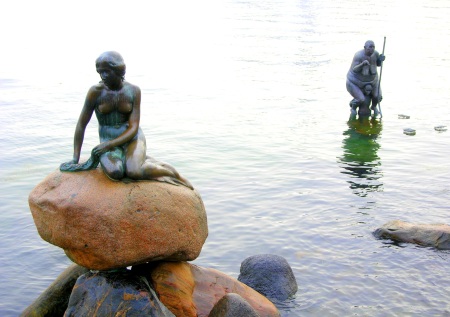 All right peeps, I’ve gotta be honest with you — I kind of need to bail on this blog. There are so many green bloggers out there who are so much more willing to sit at a computer after a full day’s work and actually write something meaningful; I’m just not one of them. Out of pure selfishness (which I like to disguise as eco-friendliness), I’ve decided to put a concerted effort into unplugging myself from technology as much as possible. I already stare at a screen for eight hours a day and, to be frank, I don’t think my ramblings are worth the bandwidth.

However, I promised I’d report on my time in Copenhagen, so I’m going to follow through with that. The catch is that I’m writing about these climate talks for the National Post, which means that if I don’t eschew earnestness and embrace irreverence (our paper’s mandate), I could get fired. Well, probably not fired, but it would be useless because my editors wouldn’t print anything I filed. In short: my COP15 diary does not include heartfelt and lengthy interviews with people making a difference; it features quips about the Little Mermaid statue.

If you still want to read them, here’s a link to Monday’s story.

And here’s another link to today’s story.

Finally, here’s the introductory piece I wrote when I arrived on Sunday.

I’ll post the others later this week. Please don’t hate me for ending things on a sarcastic note!

This entry was posted on Tuesday, December 8th, 2009 at 4:54 pm and is filed under 1. You can follow any responses to this entry through the RSS 2.0 feed. Both comments and pings are currently closed.

53 Responses to Copenhagen diary entries: Monday and Tuesday; also, Thistle is going off the air!