Tapping into the organic flow (Day 332)… 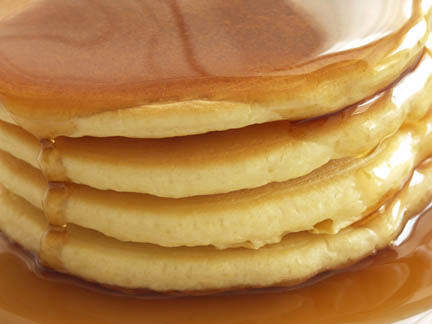 The flow of maple syrup, that is.

It occurred to me during a recent grocery expedition and some follow-up Google searching how important it is to buy organic maple syrup. Earlier on Green as a Thistle, I wrote about honey, and made the switch to organic for the sake of the bees, but today it’s for the sake of the trees.

Why is it so important to get organic syrup? Well, for numerous reasons, but here are just a few, courtesy of Béland Organic Foods:

So from now on, my sweet tooth will only be sated with ethically responsible syrups. All it requires is spending an extra couple bucks, which I think is pretty simple.

Image courtesy of these guys

Yes, yes, there could potentially be some pesticide residue lurking on them, but hey, if you buy organic it surely won’t be that toxic, and you can always give them a good scrubbing to get the dirt off. Also, if you fry ’em up real good and cripsy, that should pretty much guarantee safe eating, and all those vitamins and nutrients in the skin won’t go to waste.

While the skins of my taters — and yams, and turnips and carrots — don’t necessarily fit into all recipes, they can always be cooked separately or thrown into a soup stock. Often, there are enough lying around on the counter for a whole other meal. So while I’m sure the wormies love them, I’ll be keeping some skins to myself from now on. 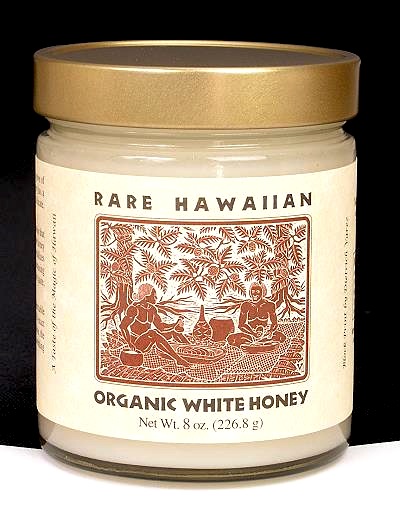 About three victual experiences have bordered on orgasmic for me: The first was a locally sourced meal at the Milford Bistro in Prince Edward County, back when Karin and Michael ran it (they’ve since opened a bigger resto called Harvest, which I have yet to try, as it’s in Middle of Nowhere, Ontario); the second was the heady, silken intensity of SOMA’s olive oil dark chocolate truffle cone just as it reached room temperature.

The third was the gently floral, opalescent and absolute perfect sweetness of Volcano Island‘s organic white honey, a jar of which was recently given to me by an eco-minded friend who’d been in Hawaii. As their website says, this honey “floats off your tongue, leaving you to savor its subtle, yet rich, tropical essence … National Geographic Traveler magazine calls it ‘some of the best honey in the world.'” It comes from a single floral source, is certified organic, unheated and raw — and it’s nothing short of ambrosia.

You can read all about Volcano Island’s other sumptuous honeys and their labour-intensive collection and extraction process here.

Before I tried this, I actually wasn’t much of a honey fan. I’d grown up on that ultra-processed stuff that comes in a hive- or bear-shaped plastic tub, occasionally trying the harder varieties but getting frustrated when it wouldn’t disperse evenly on my Cheerios.

But there’s another reason why it’s important to stop and think before buying honey: Colony Collapse Disorder, which was in the news a lot last year when bees began disappearing at an alarming rate. It’s worrying not just because it translates into higher honey prices but because every third bite of food we eat depends on bee pollination.

Interestingly, as Treehugger pointed out a little while ago, despite the fact that record numbers of bees in North America and Europe were vanishing en masse, organic beekeepers reported no losses.

I asked my lovely assistant Eva to help me figure out what difference it makes when we buy raw and/or organic honey as opposed to regular honey, and she came back with tons of information. Here’s what she said:

“When honey is processed commercially, it is finely filtered and heated. Filtering removes most pollen particles and heat can change the color, taste and destroy vitamins. Additives have even been discovered in commercially processed honey.” Sources here and here.

“Organic honey not only is safe to eat, but also helps keep our planet healthy. Organic beekeepers sustain the natural life cycle of bees by safeguarding their natural habitat, and nourishing them as nature intended. And because certifying a hive as organic is costly, they don’t exterminate the bees at the end of the season — a common practice in conventional beekeeping.” Source here.

So in conclusion, she says: Raw organic honey is the most eco-friendly honey you can buy. And by supporting organic bee keepers, you’re helping to maintain a population of healthy bees, without which many crops would not be able to grow, because they wouldn’t get pollinated, and then we wouldn’t get food. We really need bees!

Oh, and if that wasn’t enough, my mum was also kind enough to send me this medical article about the various uses of honey as an alternative topical treatment for wounds.

Either way, from now on, I’ll only be buying honey that’s both raw and organic.

It’s common knowledge that fruits and vegetables should be washed before eaten. However, most produce is covered in pesticide strong enough withstand a few rainstorms, so running a bit of tap water over that apple probably isn’t going to make it any less toxic.

There are some natural fruit and vegetable washes out there, which do remove a lot of that stuff, but really, the whole idea of having to buy yet another product, not to mention giving every ingredient in my salad a sponge bath before eating it just seems ridiculous.

Green is Sexy wrote a post a little while ago arguing it was better to at least soak things in a bowl rather than run water over every individual apple or carrot stick. But I’m thinking even this probably won’t do much.

So instead, if something has a disturbingly waxy coating, I’m just going to rub it off a bit on my sleeve and leave it at that. If it’s actually dirty, I’ll give it a quick rinse, but anything that I’m cooking will probably be fine after reaching a certain heat. And finally, because I’m buying organic food as often as possible, there shouldn’t be too many toxins lurking on all those skins and peels to begin with. Today’s green change, then, is to forgo all that rinsing and washing, and just embrace the waxiness of my apples or the bits of soil stuck on my potatoes.